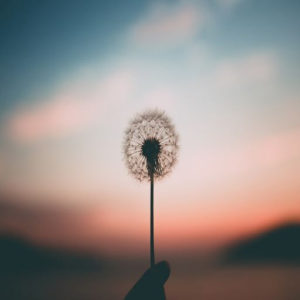 The best graphics cards to buy in 2022

Finding the best graphics card in stock has not been an easy task these past few years, but finally things are looking up. Whether you’re after a frame-munching behemoth, or perhaps a slightly more wallet-friendly, budget graphics card, you’re much more likely to find it in stock now.

When it comes to the best graphics card for PC gaming, you’re going to want one that’s capable of beating the rest with silky-smooth frame rates at the highest graphics settings, even at more expansive resolutions. It should offer great value for money and be easy to find on the digital shelves. The latter hasn’t been a thing for GPUs recently, but someone up there’s hit the reset button, and things are finally returning to normal. We’ve put the latest graphics cards through our extensive benchmarking tests. We’ve actually barricaded ourselves into the office with the sheer number of graphics cards we’ve tested in anticipation of them actually coming back in stock.

Our findings? GPUs are in a great place right now. The launch of the Radeon RX 6800 XT

has shaken things up, and both Nvidia and AMD have been squaring off for the crown. It’s been a close call but the GeForce RTX 3080

just about beat AMD to the top spot—a case could be made either way, though. If you’re after a powerful but cheap graphics card, we recommend the RTX 3060 Ti

If you’re not sure which GPU suits you, the list below details Nvidia and AMD’s finest. Just remember that the next generation of GPUs is coming soon. Nvidia and AMD are both working hard on ramping up the gaming GPU selection, with new cards expected to launch this year. Potentially only a few months from now. These GPUs are likely to offer a darn sight more performance for less, though the more budget-conscious GPUs like the RTX 3060

aren’t likely to be replaced by shiny new cards immediately. If you’re after something a little more high-powered, however, maybe wait a minute before splashing out on a GPU.

The RTX 3080 is the best graphics card out there today. Well, the 10GB one is, at its original MSRP. You might find it going for a little more than that today, and don’t forget the 12GB model that Nvidia later released, which is even more expensive still. Yet whichever model you go for the RTX 3080 represents a huge generational performance boost over the previous RTX 20-series. That’s impressive when put up against either the RTX 2080 or 2080 Super, but when you consider that this nominally $699 card can not just match but massively outperform the $1,200 RTX 2080 Ti, it really hits home.

The thing which really stands out from our testing is the difference it makes to ray-tracing performance. The first generation of ray tracing-capable cards required such a huge frame rate sacrifice that most people shied away from turning it on, but that’s no longer the case with this generation.

When you can now get ray-traced performance that exceeds the frame rates you’d get out of the top card of the RTX 20-series when running without it, you know that this is a whole different beast. And hey, the RTX 3080 can actually run Crysis

If there was one bit of advice for buying a GeForce RTX 3080 it would be that it’s worth trying to get your hands on the Founders Edition if at all possible. Pick your expletive, because the RTX 3080 Founders Edition is ****ing great. Far from just being the reference version of the ‘flagship’ Ampere graphics card, because of that cooler and redesigned PCB, it is the ultimate expression of the RTX 3080. And if you end up with another version of this fine-ass GPU then I’m afraid you’re likely to feel a little hard done by.

Chances are you’re going to have to make do. The Founders Edition cards are not produced in the same volumes as the third-party versions from the likes of Asus, MSI, Gigabyte, Palit, and Colorful, to name but a few. Given the stock shortages, you’re going to be happy with whatever RTX 3080 you can get your hands on. Especially if you can get one near to the MSRP. And besides, some of the cooling options on these third-party cards are impressive in their own right, so it’s not all bad by any stretch.

Regardless of which card you get your hands on, the performance uplift you get over the previous generation is huge and pretty much unprecedented. Maybe we’ve become used to more iterative generational deltas, especially considering the slight difference between the GTX 1080 Ti and RTX 2080, for example. But we’re going to continue beating the Ti drum because it bears repeating—the fact the $699 RTX 3080 absolutely smashes the $1,200 RTX 2080 Ti is still staggering.

Nvidia has gone big with the RTX 3080, and the result is an outstanding gaming card that sets a new benchmark for both high-end 4K gaming performance and for ray tracing. As I said at the top, it’s the 10GB model we love more for its blend of performance and price, but the 12GB model is still a viable option. Just that much less affordable. 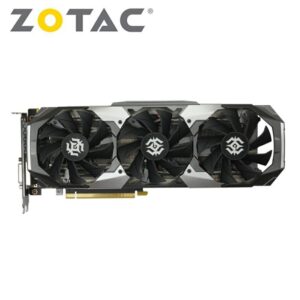 As a red team alternative to Nvidia’s high-end graphics cards, there have been few finer than the RX 6800 XT. A highly competitive card that comes so close to its rival, with a nominal performance differential to the RTX 3080, is truly an enthusiast card worth consideration for any PC gamer with 4K in their sights.

The RX 6800 XT was the first of AMD’s RDNA 2 GPUs to enter the fray, and while we’ve had plenty of other cards since, this is the one that shines brighter than most and makes the most sense financially. At least it does if you consider its MSRP, and with AMD’s GPUs returning to reasonable price levels quicker than Nvidia’s, this could actually give the red team the edge in the short term.

AMD has an ace up its sleeve in throughput terms in the form of its Infinity Cache, which bolsters the card’s ‘effective bandwidth’ considerably. Some 1,664GB/s, by AMD’s making—a 3.25x improvement over the RX 6800 XT’s raw bandwidth. In gaming terms, it means you’re looking at similar performance, despite the very different underlying technologies.

It’s a tough call between the RX 6800 XT and the RTX 3080, but the latter pips AMD to the post with the final touches à la RTX. The RX 6800 XT is $50 cheaper, delivers high 4K performance, and a hefty VRAM increase over the RTX 3080. However, it’s easy to argue that an extra $50 dropped on the RTX 3080 is money well spent: a small price to pay for greater 4K performance, much-improved ray tracing, and DLSS. All are available today and with years of developer support in the bank.

That said, AMD’s FidelityFX Super Resolution has gained considerable momentum among developers and offers solid upscaling that’s worth enabling in supported games. The introduction of FSR 2.0 in Deathloop

offers a tantalising glimpse of what the future holds too.

The RX 6800 XT leaves AMD in an incredibly strong position going forward, delivering what is required to get the entire industry to take notice, and with a strong proposition to offer gamers instantly at launch. And it’s no surprise to hear the cooperation between Zen and RDNA engineers had a part to play in all this, too.

All of which is to say that AMD has evolved on what was already a promising architecture in RDNA and delivered it in a fantastic graphics card in the RX 6800 XT. And not the least bit impressive in just how swiftly it has achieved near performance parity with Nvidia. There’s still some way to go to claw back market share from the green team, but step one on RTG’s to-do list (build a high-end GPU) can be confidently checked off with the release of the RX 6800 XT.

We’re big fans of what AMD has managed to accomplish with the RX 6800 XT, a return to form for the Radeon Technology Group that injects some much-needed competition into the GPU market and offers a worthy red team alternative for any high-end gaming PC build.

Launch day for the RTX 3080 was September 17, 2020.[5] The lack of pre-order functionality and high demand exacerbated by the COVID-19 pandemic, and boost in scalping, resulted in a large number of online retailers struggling with the sheer number of purchases.[5][6] Newegg had completely sold out as expected on Black Friday. Long lines formed outside physical stores with stock, such as Micro Center in the United States,[7] and Dospara [ja] in Japan.[8] Twitter users reported that they used bots to buy large numbers of cards to resell for higher prices.[9]

Nvidia released a statement the following day, apologizing for the difficulties with their online store, which went down on launch day due to high traffic.[10] On October 2, Nvidia announced that it would delay the release of RTX 3070 cards by two weeks to guarantee availability.[11] On October 5, Nvidia CEO Jensen Huang announced delays due to supply shortages, which were expected to go on until 2021.[12] On October 9, the company announced that all Founder’s Edition graphic cards in the United States would temporarily be sold via Best Buy, while the official web store would be upgraded to improve the shopping experience.[13][14][15] In early December, Nvidia blamed continued component shortages on Samsung wafer shortages, resulting in chip shortages, among other factors.[16]

Shortages of RTX 30 series cards continued into 2021, and has been ongoing ever since its release.[17] In an effort to limit purchases by cryptominers, Nvidia announced in February that the RTX 3060 cards would be able to detect algorithms for mining of the Ethereum cryptocurrency and halve the hash rate.[18] Shortly after release, NVIDIA accidentally released a driver update which disabled the detection.[19] In March, TechRadar reported that the shortages could continue until the third quarter of the year, in part blaming a global GDDR6 memory shortage and the cards’ supply being bought out by cryptominers.[20] In April, Hong Kong Customs and Excise seized 300 non-video CMP cards.[21]

There have been multiple attempts to meet the demand. EVGA has a system designed to put people into a queue; the goal is to prevent cards from selling out quickly and decrease wait time.[24]

An aftermarket variant of the RTX 3090, made by manufacturer Gigabyte

Besides the Founders Edition, there are also a variety of aftermarket cards, referred to as “custom cards” by Nvidia. The graphics chip is taken from Nvidia and parts of the card are modified according to the company’s specifications. Such modifications include: clock speeds, fans, heat sinks, connectors, and aesthetics. Such aftermarket cards tend to perform better than Nvidia’s in-house cards, but such increased performance comes with tradeoffs in temperature and power consumption. Manufacturers include: Gigabyte, MSI, Zotac, ASUS, EVGA, INNO3D.[25][26][27][28][29]